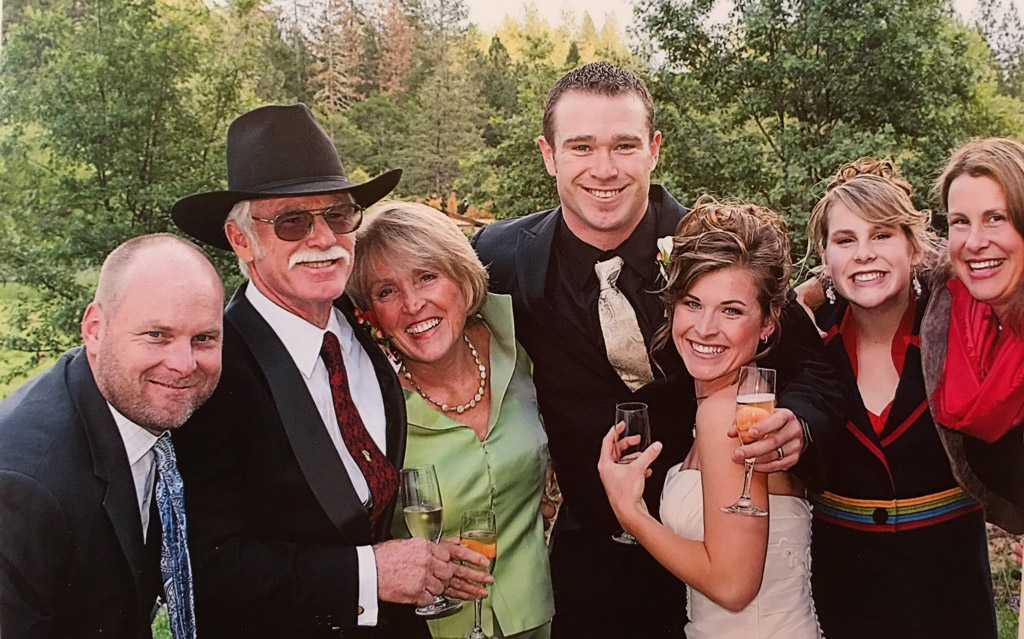 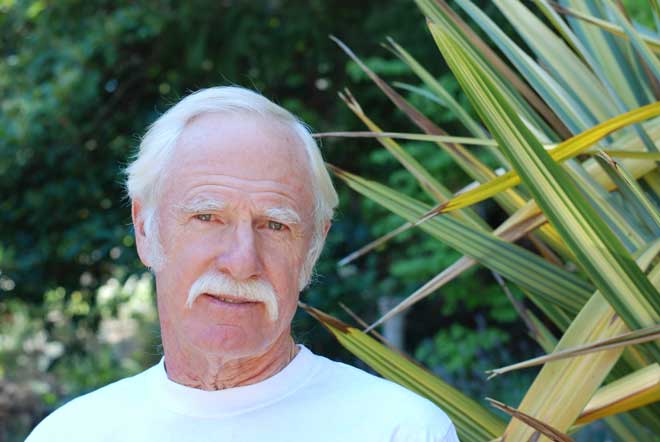 Founder, farmer, activist and winemaking pioneer of Howell Mountain. Randy started his wine career working for Charlie Wagner as the first enologist for Caymus Vineyards, and never looked back. Now after all these years, not a lot has changed. More of a farmer, he’s hands-on in vineyards most days. His love for Howell Mountain led him to be instrumental in establishing it as a sub-AVA of Napa Valley. And if he’s not farming the mountain, he’s mountain biking on it, flying his plane over it, or finding ways to preserve it for future generations. He is happy to be called a dirt-loving hippie, but you’d probably think he’s more of a cowboy. 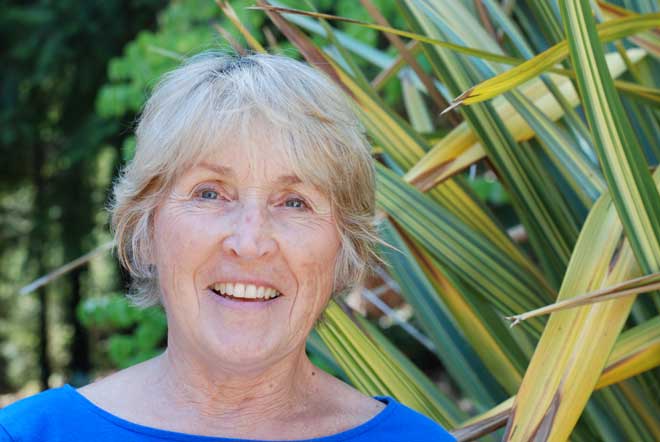 Co-founder of Dunn Vineyards and matriarch of the family, Lori is the glue that holds it all together. She managed everything from the accounting to the kids. Happy not to be involved in the day to day tasks (especially waxing the bottles), she loves spending time with her grandkids, quilting, relaxing at her oasis on Bodega Bay, and making sure that the gardens meet her Master Gardner specifications. 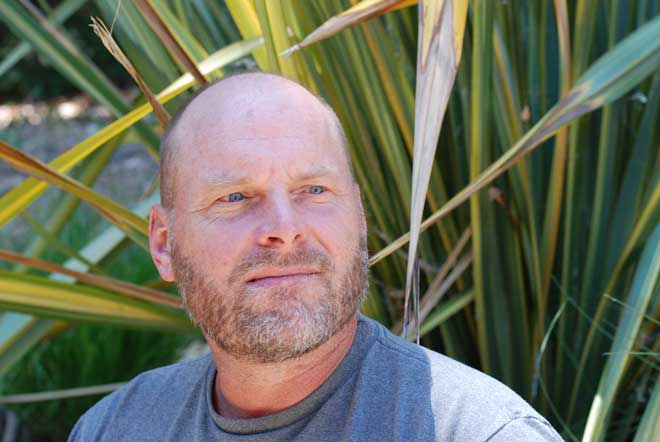 While he calls himself a “cellar grunt”, Mike actually oversees the production of the wine, works with the team in the vineyards, and manages the overall operation. An interest in experimenting with other varietals lead Mike and his wife Kara to purchase some old vine Petite Sirah from Randy and start their own label Retro Cellars. Before becoming a full-time winemaker, Mike pursued his other interests. He graduated from UC Santa Barbara in 1988 with a degree in Anthropology (surfing) and later owned a bike shop in Calistoga. He and Kara have two grown children who are currently on their own paths. But he wouldn’t be surprised if, like their father, they end up farming grapes on Howell Mountain. 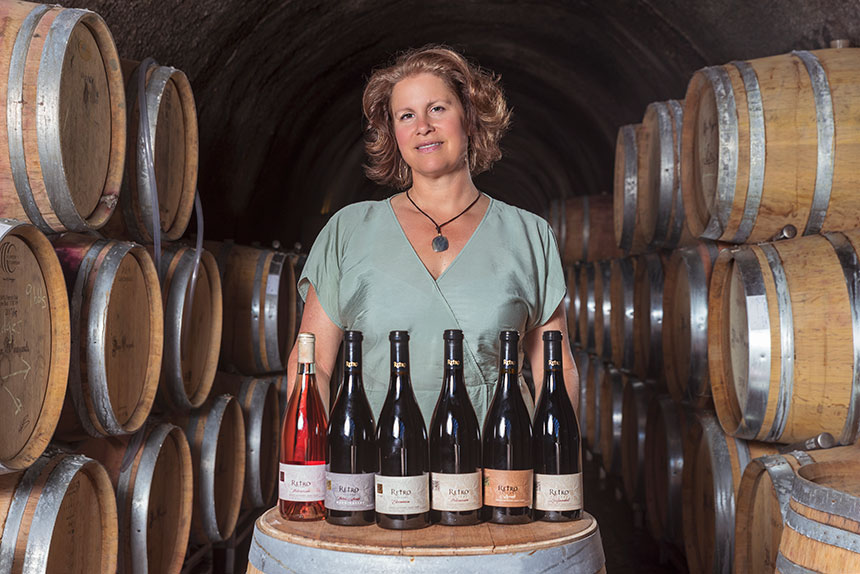 Kara Pecota Dunn is a second generation Napa Valley vintner. As the daughter of Robert Pecota of Robert Pecota Winery in Calistoga and the wife of Michael Dunn of Dunn Vineyards on Howell Mountain, she has been involved in the wine industry since her childhood. After receiving her BA from UC Davis in International Relations in 1990, she worked her way up to the role of GM of Robert Pecota Winery and started Retro Cellars in 2003 with her husband. She is the mother of two adult children, an avid tennis player, Mah Jongg enthusiast and loves being outside in nature. 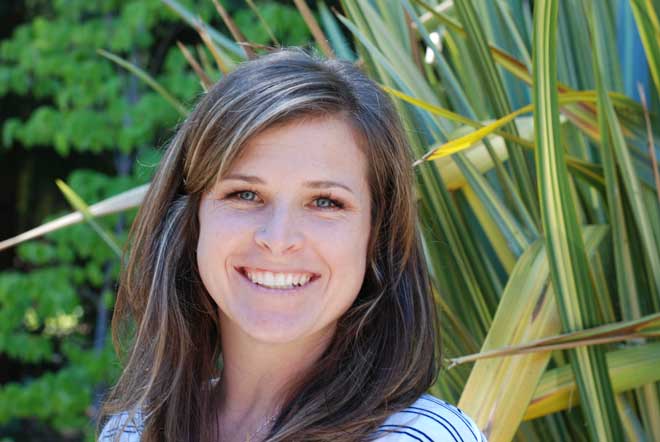 Marketer, mediator, and now mostly full-time mother, Kristina is the youngest of the Dunn children. After graduating Cal Poly San Luis Obispo with a B.S. in Wine & Viticulture, she returned to Howell Mountain to manage marketing, run hospitality, and resume her natural role as family mediator. These days she spends most of her time, along with her husband Brian, managing their two young daughters, but she's close by and ready to help out. 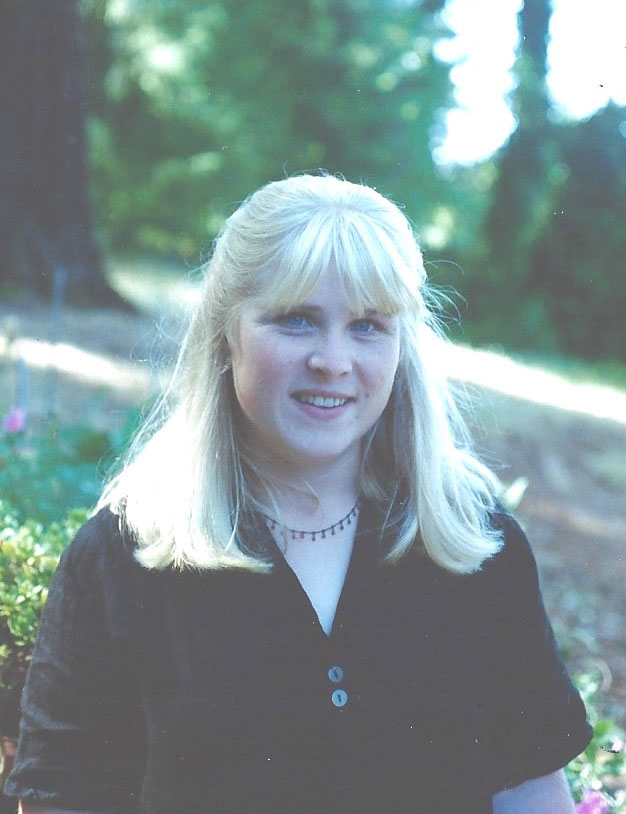 It is safe to say, that we are who we are today because of the love Jenny brought to our lives. The oldest Dunn daughter loved softball and riding horses with Dad. But while attending Chico State, she contracted bacterial meningitis and passed away. In part because of Jenny's case, most institutions of higher learning now require vaccination — a requirement that has saved many lives.

Erin has been running the office since October 1994. She is a native Californian and a graduate of Pomona College. Always close by, Erin and her husband live just down the road from the winery. With their two children off at college, Erin has more time to devote to coaching the Waves Aquatics swim team.

Vineyard manager Raul Martinez was the first employee. He came on in 1987 to help Randy in the vineyards and he is still running the vineyard today.

Assistant Winemaker, Ted, is our resident UC Davis Viticulture and Enology Grad. He joined Dunn in March 2020 after several international harvests and a stint at Joseph Swan Vineyards. During tours you’ll find him in the cave, monkeying around with the barrels. Address your nerdier questions here!

Brought on in 2005. Formerly he worked for the tunnel guys that dug our cave. Marcos is the backbone of the vineyard crew. Today he supervises the guys as Raul has many other duties to attend to.

Starting in 2015, he is the third member of this Olivera clan here in the vineyard. Fernando always has a smile on his face and laughs at all of Mike's jokes so he certainly has a successful future here.

Lisa Crean joined our hospitality team in March of 2022. Born and raised in Sonoma County, Lisa found her deep enthusiasm for food and her European palate for wine while studying abroad in the late 80's. After meeting her husband Joe, a native of St Helena, she began her wine career in 1993 as the Sales Manager for Frog's Leap Winery. In 2016 she retired to start her family's winery, Bowman Cellars. Lisa enjoys the outdoors, painting and spending time with her husband and three children as well as getting to know our guests!