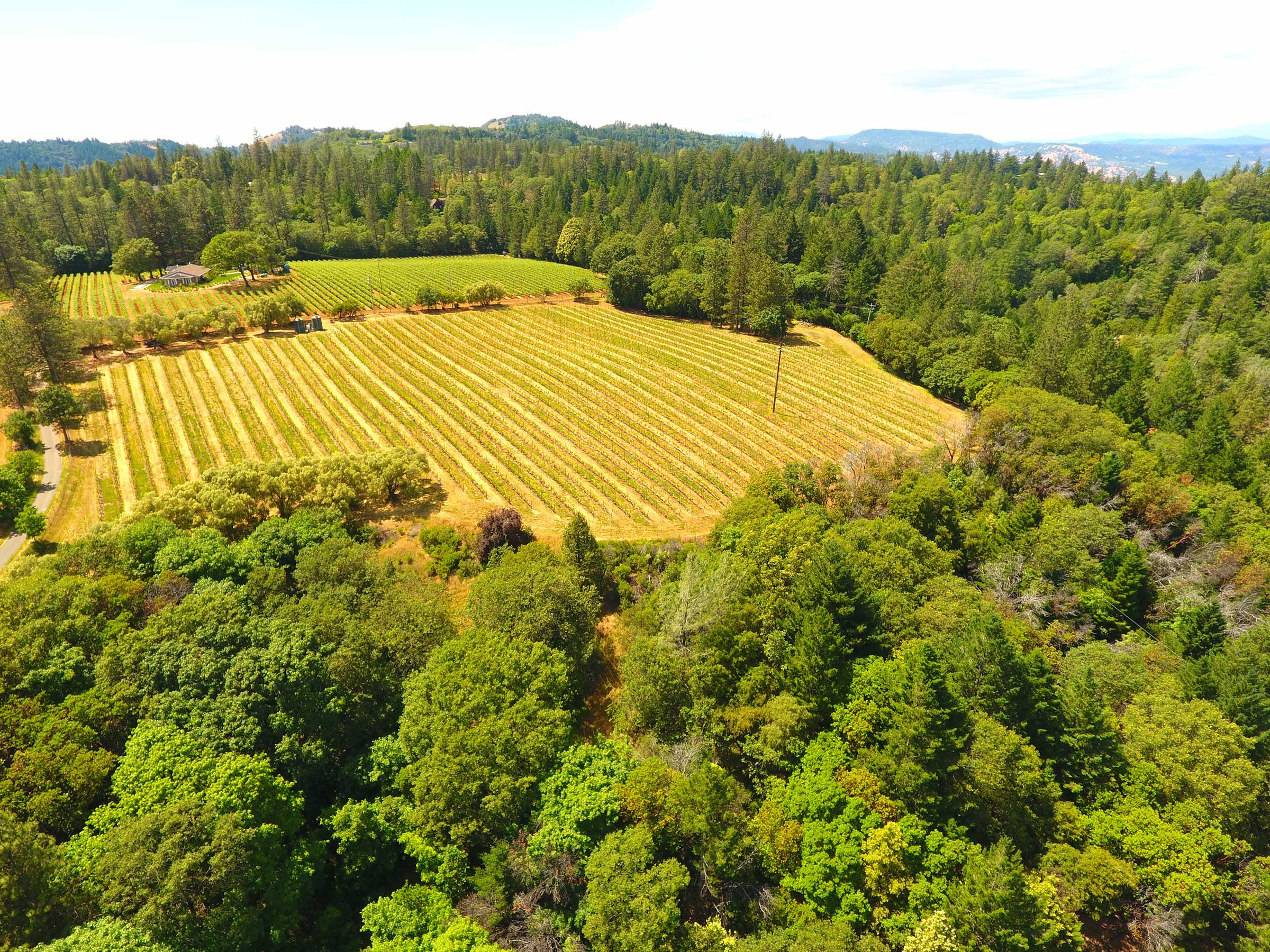 We farm 42 acres of Cabernet Sauvignon on Howell Mountain. Since 1979 we’ve done our best to care for these vines so that they produce a wine that tastes like Cabernet Sauvignon from Howell Mountain. Today we are hands-on in the vineyard, on the crush pad, and in the cellar. Any more land and we would need to spend more time administering and managing. We’d prefer to farm. 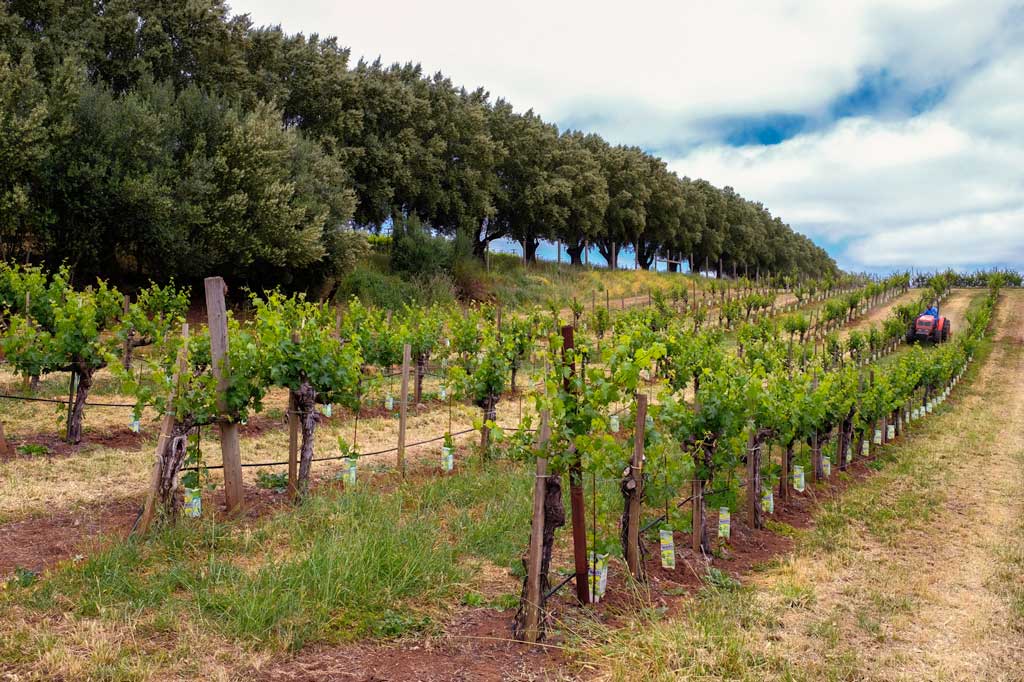 I thought it was pretty and that I could make some good wine.

— Randy Dunn (on why he decided to farm on Howell Mountain)

Led by Bill Smith, Randy and a few other winemakers and grape growers proposed and defined the distinctive Howell Mountain AVA. The AVA’s boundary starts at an elevation of 1400’ so even when it is cool and foggy on the valley floor, it is sunny and breezy up on the mountain. Our wine epitomizes the Howell Mountain Cabernet: deep concentration, bold, massive, ultra rich and elegant. 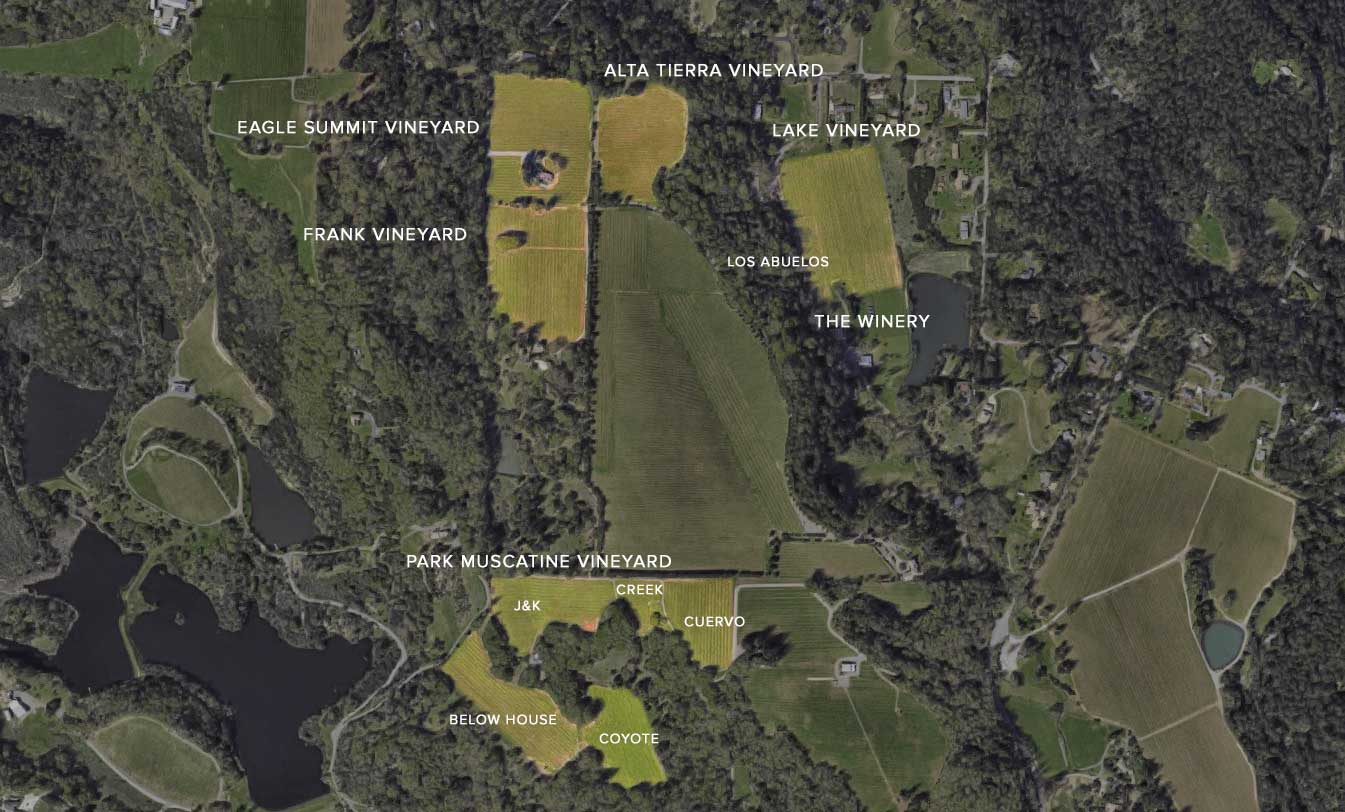 This was the original vineyard purchased in 1978 by Randy and Lori. After the 2013 vintage, we tore out the old vineyard and began the replant. In 2016 we grafted Cabernet Sauvignon onto the rootstock and renamed the vineyard "Alta Tierra".

In 1979, Henry Frank entrusted Randy with managing this vineyard and we’ve been taking care of it ever since. Though we don’t own it, it feels very much like part of our land. Originally planted in 1965, we replanted the first block in 1989 and the second in 1993. It was time to replant the first block again in 2018.

We purchased this property in the Spring of 2018. It was planted to Cabernet Sauvignon in 2000 by Josh Clark, who used two different rootstock and clonal selections. Situated at an elevation of 2100 feet it rests right in between our Alta Tierra and Frank vineyards.

This vineyard is located directly adjacent to the winery and Randy and Lori’s home. For the first 20 years, we grew hay here to feed our horses. The 8 acres primarily consists of Cabernet Sauvignon planted in three blocks (2001, 2002, and 2003). You’ll also find a few rows of Syrah (for home consumption). And on the western border is an acre Mike calls “Los Abuelos” where he grows Petite Sirah and Peloursin, which he planted in 2005, for his Retro Cellars label. Because it sits in a small valley, this vineyard is the coolest and requires overhead sprinklers along with a wind machine for frost protection.

We purchased this vineyard in 1991. It is comprised of 5 distinct blocks. We immediately replanted "Cuervo", followed by "JK" (1993) and "Below House" (1998). "Coyote" is the former home of the "Old Petite" block Mike and Kara grew for Retro Cellars, but we replanted Cabernet there in 2016. Production from the little “Creek” block is starting to slow, so we'll be replanting that acre soon. 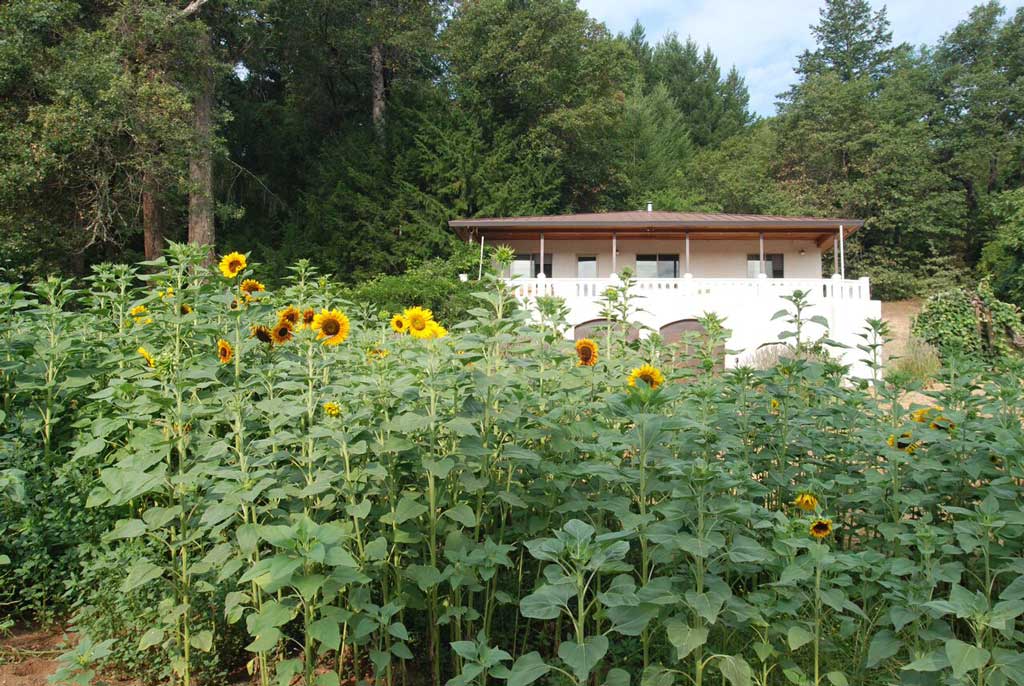 Dunn’s winery sits in a fir forest high above the valley floor, a slightly scruffy compound with a ramshackle barn surrounded by agricultural equipment, outdoor fermentation tanks, and a fenced pasture with horses. The office is a former Western Union stagecoach stop.

Conservation is a priority today. Randy and Lori’s first involvement was in 2004. They gifted the development rights for their Sentinel Hill property, to the Napa Land Trust. The property is 64 acres of forested hillside overlooking the town of Angwin, up on Howell Mountain. The second was the Dunn’s gift of $5 million, the largest donation in the history of the Land Trust to help purchase the Wildlake Ranch a 3000-acre property up on the mountain.

There is a sense of urgency in the Napa Valley to preserve the natural landscape. The influx of big money coming into the area puts tremendous pressure on the wild lands above the valley floor, there is a constant tension between preservation and projects to clear land and plant vineyards.

In life, we have to decide what will define us and what we will leave behind for the next generation. 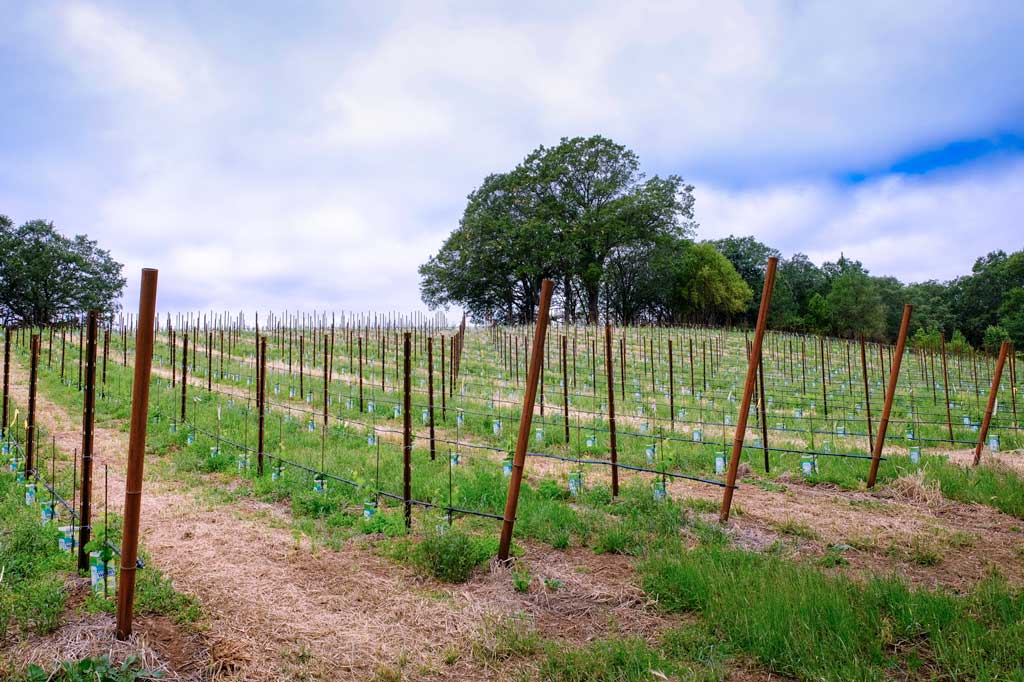